The Man Behind Gravy's Diner

Kevin Graves is the creator of Gravy’s Diner. Every business has its own character, and Gravy’s culture is not only built from Kevin himself, but his wife Madelyn and all of the other friends and customers that have made it what it is today. Here’s a timeline of memorable events from Kevin’s life that he shared with me, so I would like to share these with you all because these are the experiences that have shaped him into not only a business owner, but a dad, a veteran, and a pretty dang impressive role model.

Went to school in Dike, IA – his passion growing up was basketball. He played basketball with his two older brothers Doug and Brian in the front driveway almost daily. There was no AAU or club basketball back then, so playing against his brothers was huge in getting better.

1981 - Graduated from high school and went to college in the Northern Iowa area –played basketball, and got Associates Degree in Engineering.

1983 - Went to University of Missouri – Rolla to play basketball and got his Bachelors of Science in Mechanical Engineering.

1985 – Joined the Navy in the Civil Engineering Corps. - did training in Port Hueneme, CA and New Port – received commission as an Officer and serve his first tour at the OICC in Manila, Philippines.

1987 – Transferred to ROICC at Clark Air Base in San Angeles Philippines where he administered a $300,000 housing project amongst officers’ projects.

1989 – Met wife, Madelyn through his secretary – they were high school friends. They first dated right before he was going to leave the Philippines.

Left the Navy and got into restaurant management business – managed a Waffle House in Pensacola, FL.

Did not care for the heat in Houston – Transferred to Cedar Falls, IA to start his own restaurant – Waffle Stop which he had for about 9 years.

2005 – Felt burnt out from the restaurant with their two young children– sold the Waffle Stop and tried other ways of making a living.

Check back soon
Once posts are published, you’ll see them here.

How my I Yelp you? 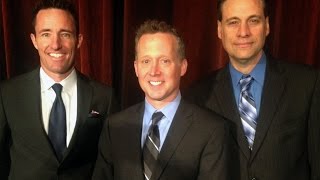 Why is Cedar Falls, Iowa so great?

The Man Behind Gravy's Diner 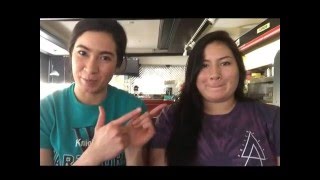 How To: Flip an Egg

Why Coffee is Good for You

8 Things Successful People Do Before Breakfast

Gravy's Diner, How may I help you?